About one year ago, I was working away in my studio, and I had an unprompted recollection of a recurring nightmare I used to have as a child. I have had it a handful of times as an adult during times of enormous emotional stress but as a child it's was, at times, relentless in it's regularity.

It would start with a black, starless void. It may of been black but I felt it's infinite vastness. Into this void, an immense piece of multi coloured open weave fabric would gradually materialise and float horizontally a little below my eye line. Then a needle and thread would appear and start languidly stitching it's way in and out of the open weave of the fabric. The thread never caught or made stitches and the movement of the needle was always smooth and implacable. Gradually the speed at which the needle moved would increase, my heartbeat, breathing and overwhelming sense of terror increasing along with the speed. Eventually I would wake, heart racing, terrified and covered in sweat.

My sudden recollection of this, my very own personal fairytale came at a time when I was ideally placed to appreciate elements of the story I had not been fully aware of as a child. I have for years, circled around needles, stitching and thread as concepts within sketches and compositions, without ever really acknowledging their importance to me personally - always situating them within a wider, external context. Stitch and thread has now, through an understanding of it's importance to me personally plus it's significance in the wider context, become an important and consistent element of my work. In addition to using thread and stitch in my unique suspended paper cut pieces, needle and thread will also feature in my stop motion animation short which is currently a work in progress and will feature in my end of MA exhibition at the Harrogate Theatre in August 2016.

The image below is a screen shot from a test for the 'stitching in the void' stop motion sequence, the open weave grid has been created with cut paper. 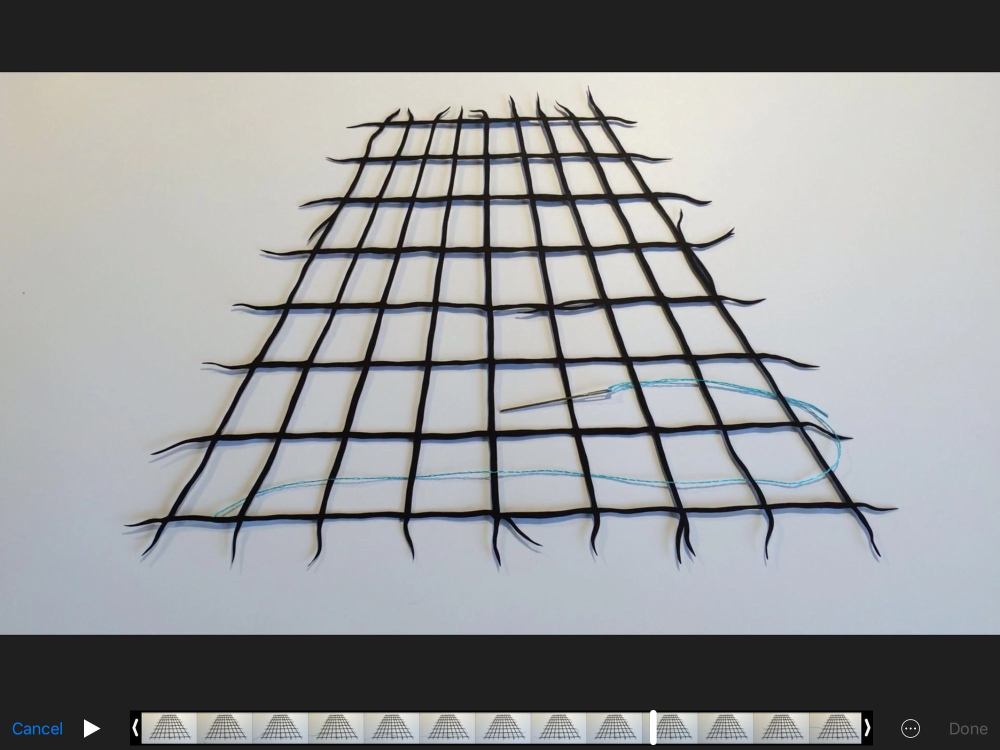